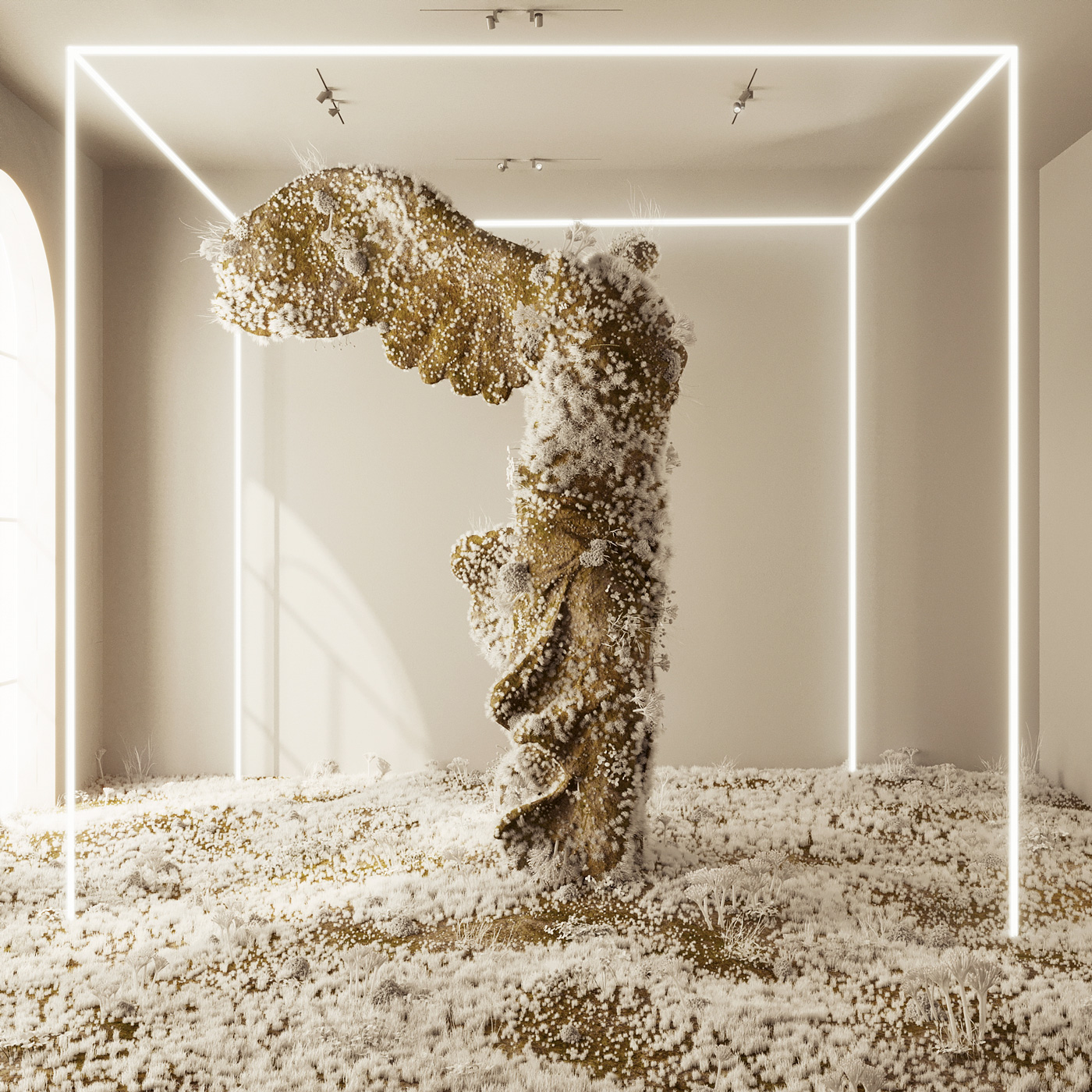 There is neither creation nor destruction; there is merely a change of form.

In this artwork, the Winged Victory of Samothrace sculpture is covered with lichens and mould which grow all over its surface  forming a new ecosystem.

The artwork will be presented as the largest resolution digital artwork to date and the artist will create a dedicated webpage where everyone will be able to explore the image and zoom in the massive resolution file with a microscopic magnifying enlargement tool.

Zooming close enough into the image, a new perspective is revealed; the white lichens gradually become flowers and leaves and hidden messages appear on the surface.

The artist also introduces living organisms that have a positive impact on our species and on the environment such as the 3d scan of penicillium, a genus of fungi that has a long history of beneficial interaction with humans.

In the new “ecosystem” created by the artist, a big part is dedicated to lichens, considered pioneer species, the first to colonize barren environments that have been disrupted and helping to break down the rocks into the soil for plants to start growing again.

It’s a message of hope. Life will always find a new way to grow through evolution and adaptation.

The artwork has a massive resolution of 100.000×100000 pixels) for a total of 19 billion pixels generated by using the computational power of a network of 126 computer nodes. 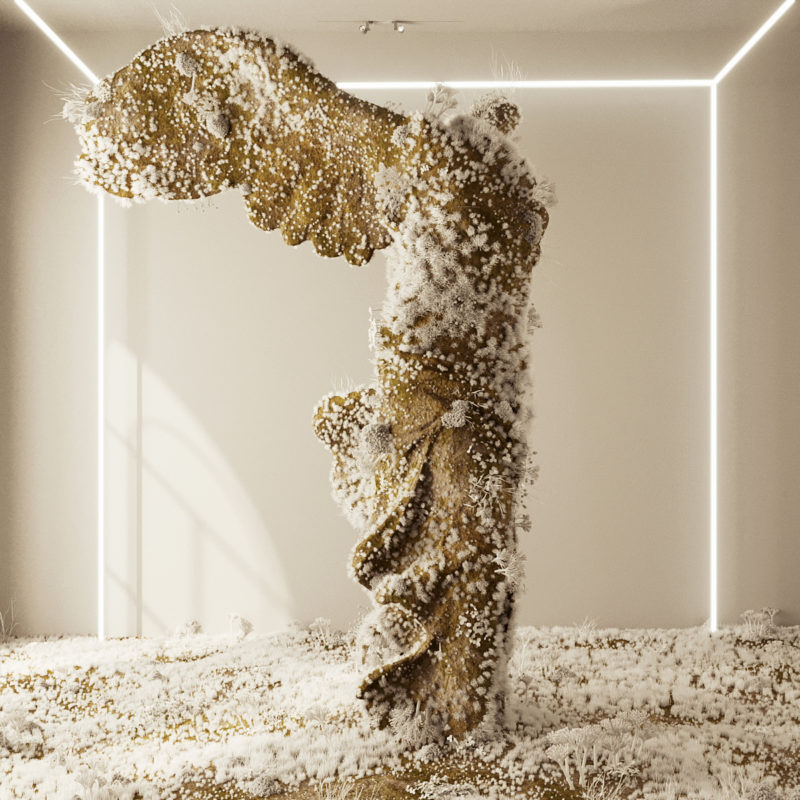 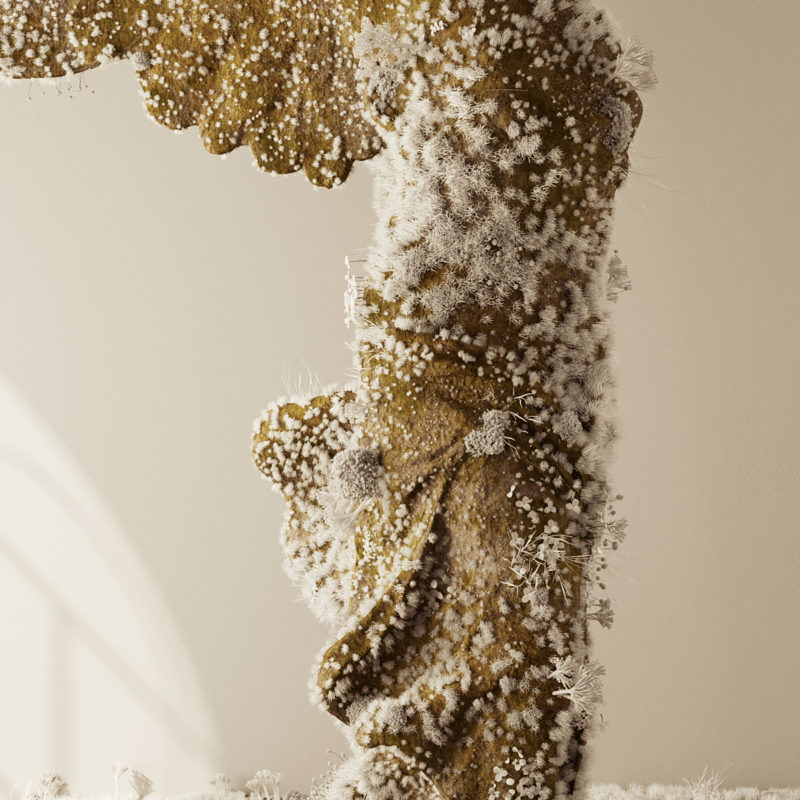 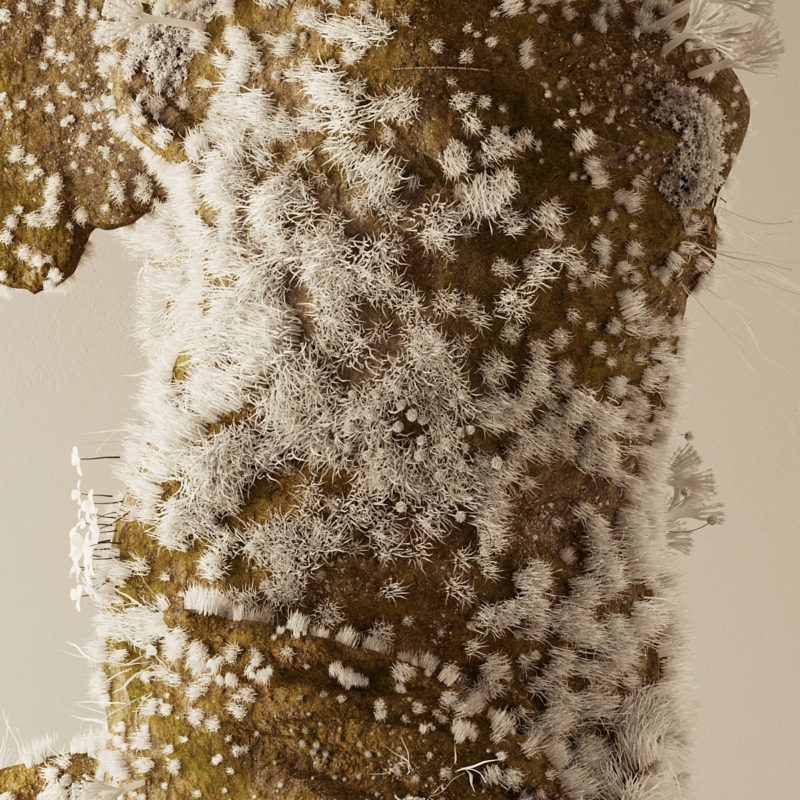 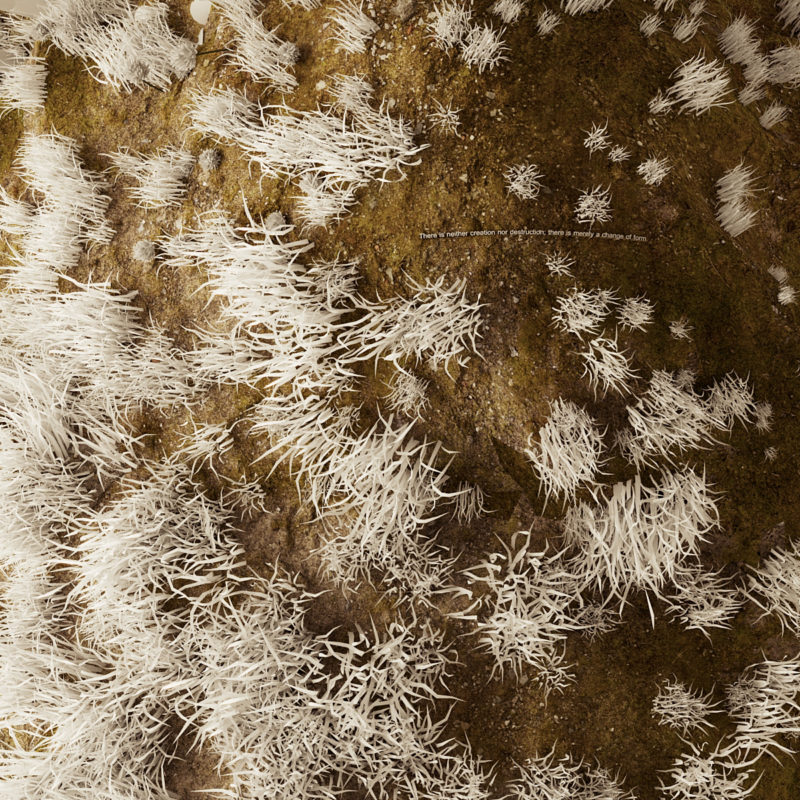 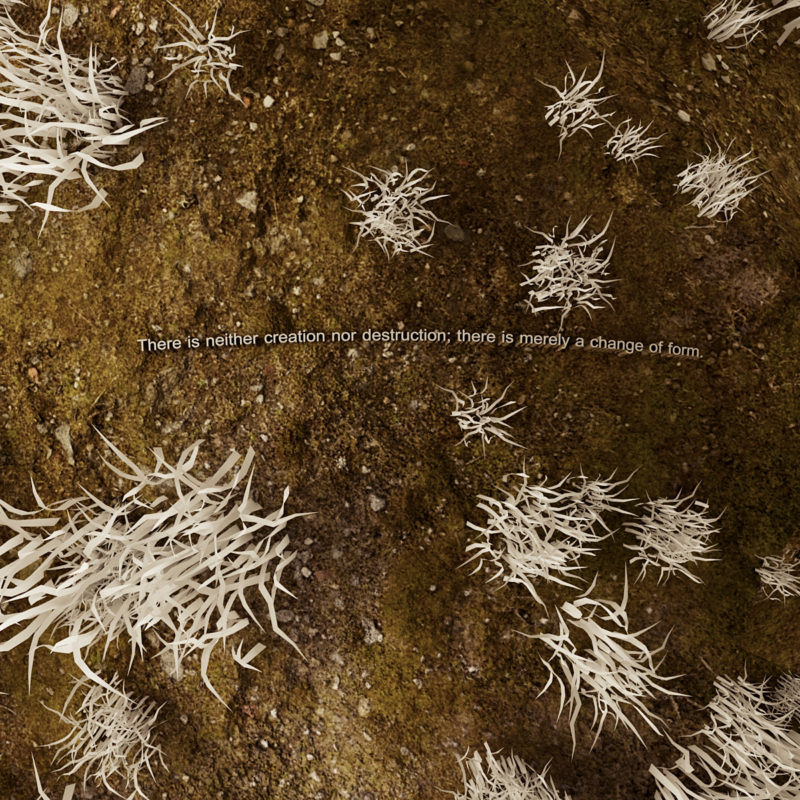 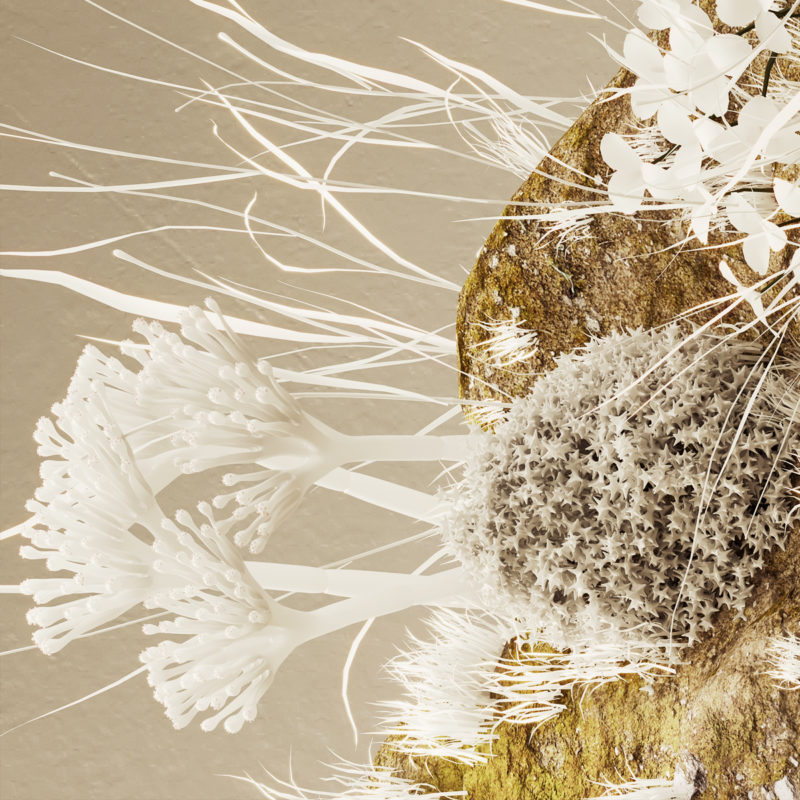 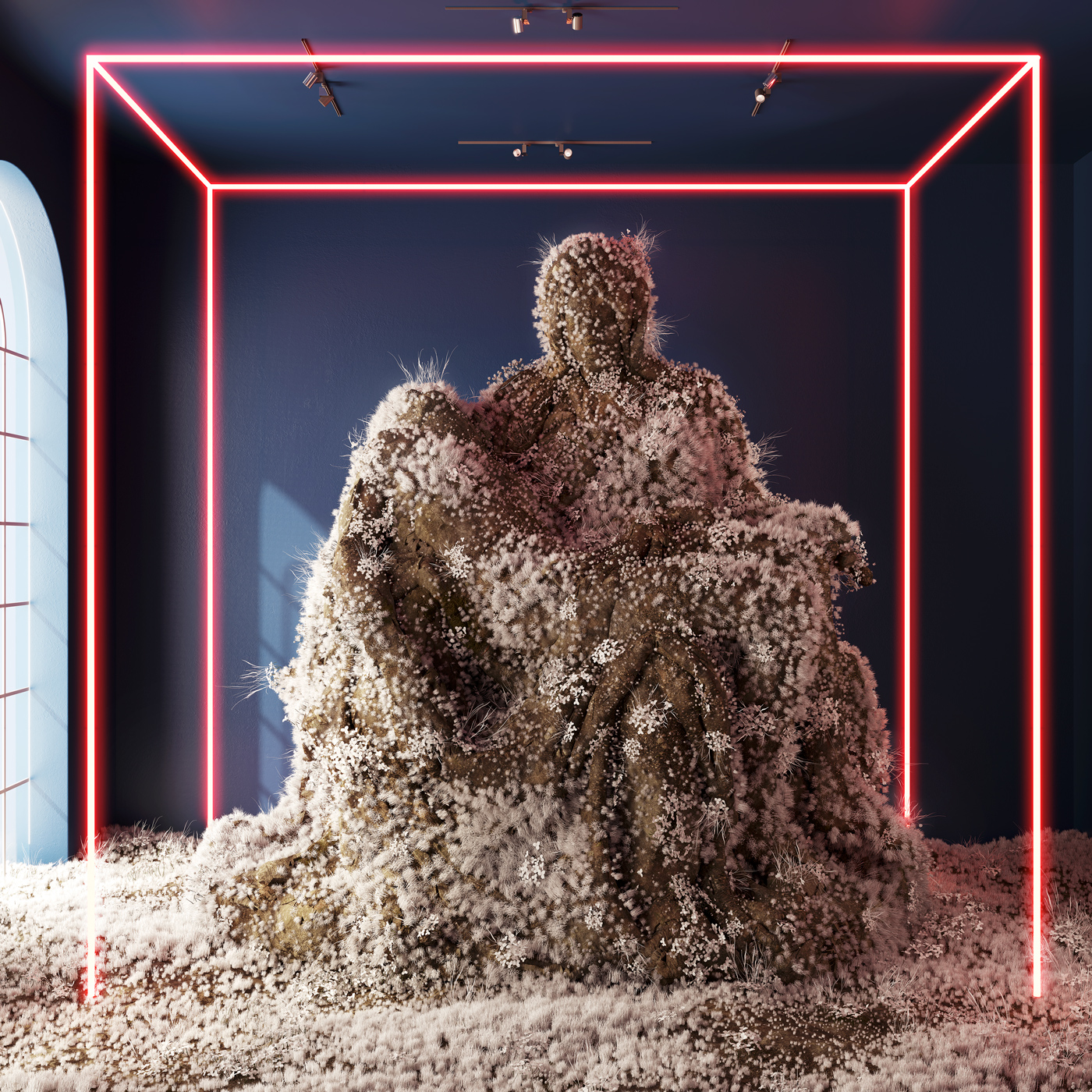 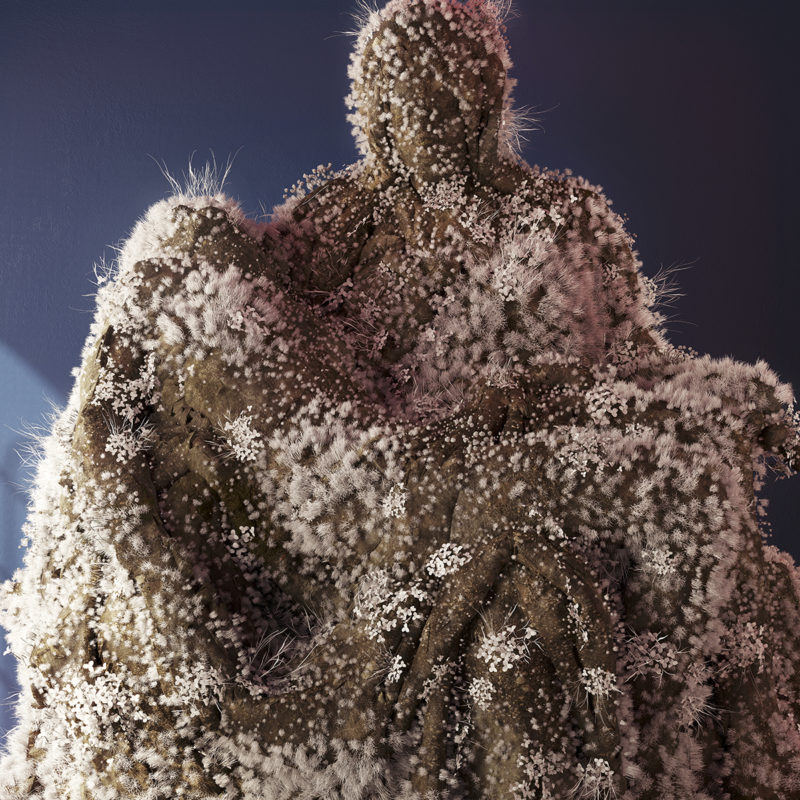 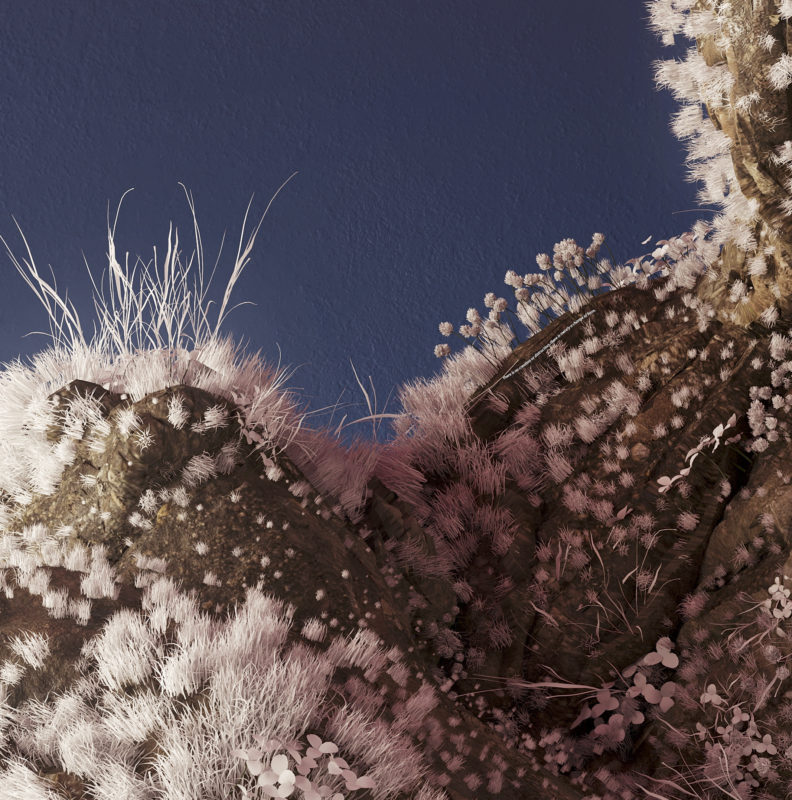 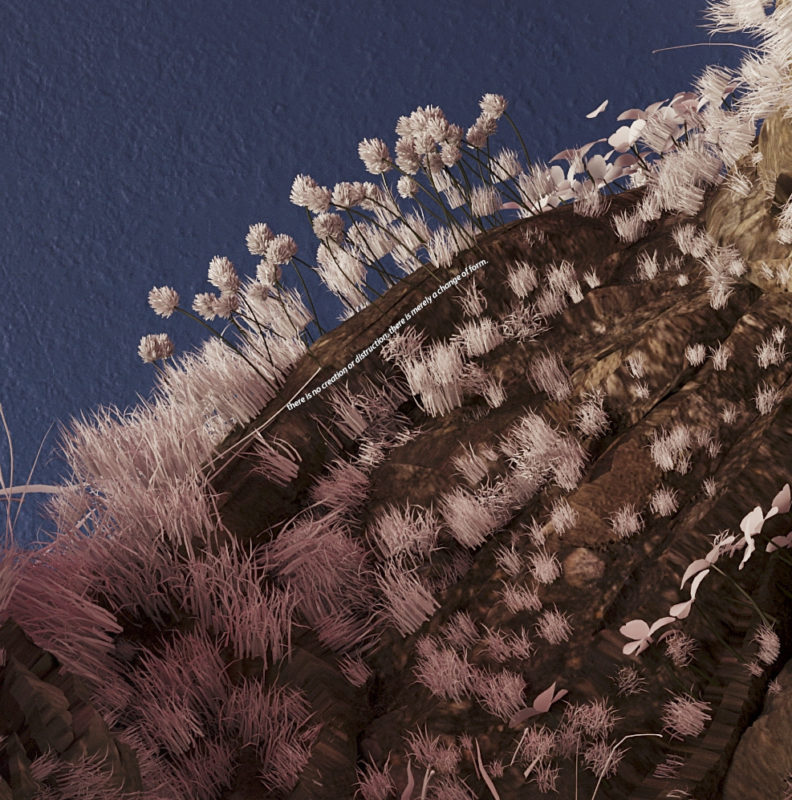