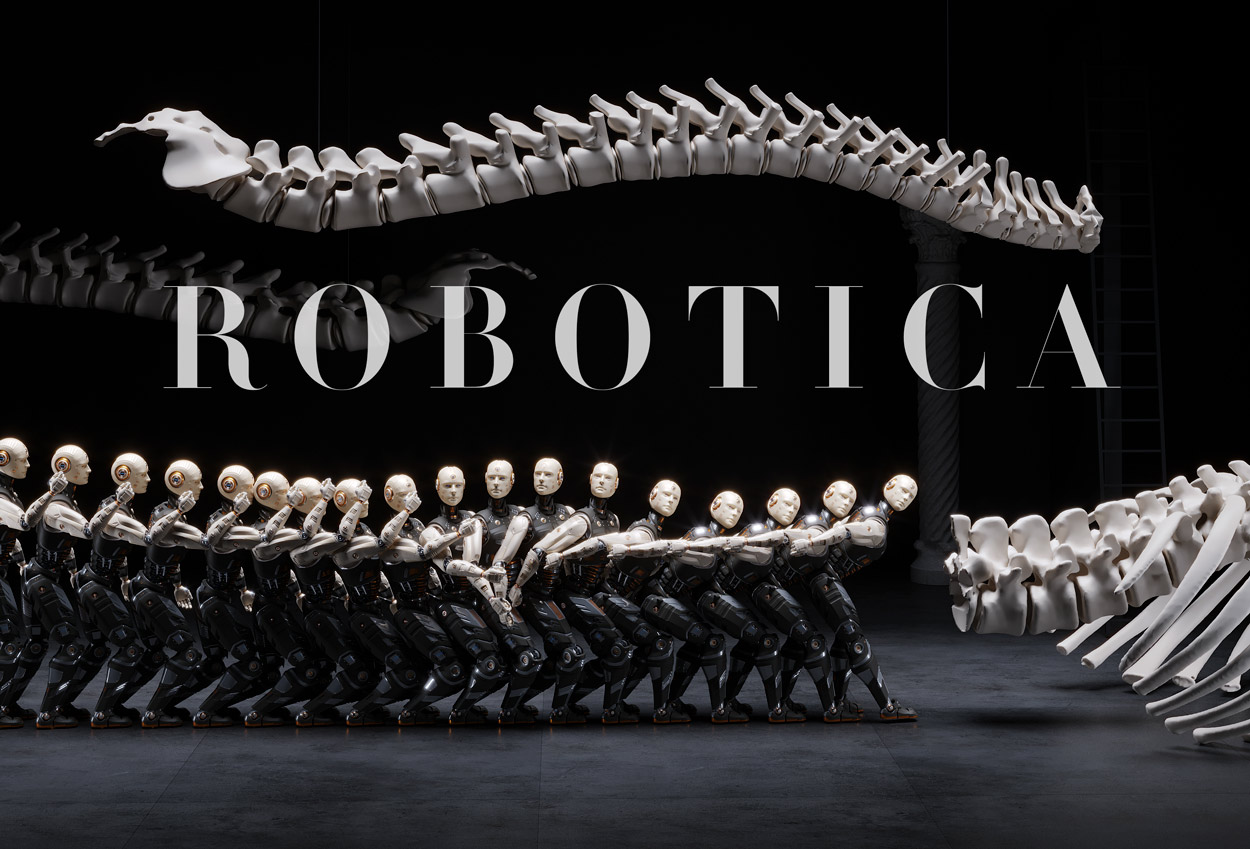 Robotica is the second NFT release by the artist Giuseppe Lo Schiavo GLOS.

Despite robotic figures, the video is all about projecting humanity through technology and is inspired by artists such as Dimitris Papaioannou, Pina Bausch, and Bill Viola.

The performance is divided into three main scenes. They all manifest a particular feature of human socialization.

The 58 seconds video took more than two months of production using an external computational power of more than 200 computers in the cloud to produce more than 2000 frames in 4k resolution.

The work is unique in 1/1 edition and comes with a unique archival print on Hahnemuhle photo rag 100% cotton paper signed by the artist and the 4k resolution video file.

The artwork will be shipped on a tube.

The video includes a classical violin musical piece produced by Eddie Honcha and the Colonel Bogey March, the first music played by a computer in history by CSIRAC, produced by Orchestralis.

I got a self-transcendent experience in 3D, 8 bit 24×24 px, 2021.
Original CryptoPunk created by the artist for the NFT Robotica. 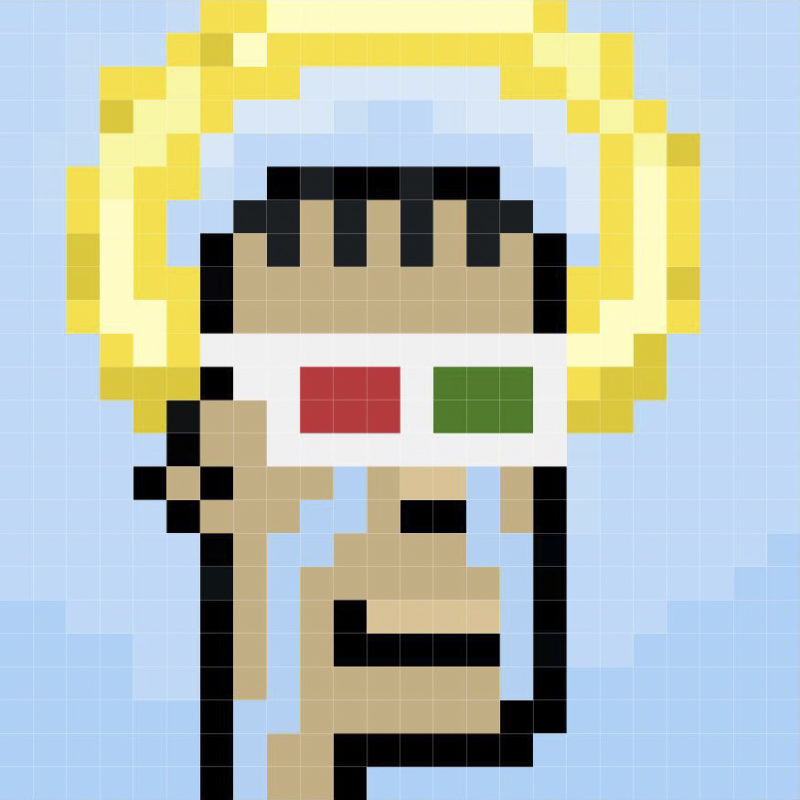